I Can't Keep Silent: Fighting Against a Rape Culture 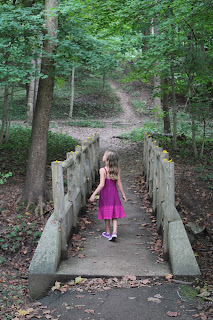 Everyone knows this election season has been frustrating on so many levels. Typically this time of year, every four years it is, but most will admit this time it is different. I have been hesitant to write anything myself on politics because frankly, I'm not that well versed on all of the facts and am not looking to win any debates. I have two small children, a 15 month old baby boy and a five year old little girl and I just don't have time or brain capacity to memorize a bunch of facts that may or may or may not be true (depending on which news outlet you believe). So, I've stayed silent. Avoided political debates. Have not posted anything on social media, because let's be honest, nothing you say is probably going to change the minds of anyone who reads your post. Most people have already decided how they feel about each candidate and your one or two sentence status update is not going make any difference.

Last Friday a video was released from 2005 that Donald Trump, presidential nominee for the Republican party, was caught making lewd comments about women. Lewd is probably putting it lightly. One example was of him saying to Billy Bush, "And when you're a star, they let you do it," Trump says. "You can do anything." Bush's response was "Whatever you want." Trump goes on to say, "Grab them by the p---y. You can do anything." Since then Trump has "apologized" for his word choice by saying that he was not proud of it and it was "locker room banter."

As a result social media has blown up. Out of my friends, the majority posting on this have spoken and agreed that this is a monstrosity against women. However, some have defended Donald Trump. I've read men saying, "I have said worse" or "It's not a big deal. It is just words." What has greatly surprised me is the women who are posting memes that make light of his words. One recent one was quoting Republican Joe Walsh, "If women are so outraged by Trump's dirty talk, then who the hell bought the 80 million copies of 'Fifty Shades of Gray?" The meme did not include his words, "Grow up." I personally did not read the books, but from what I understand the book is not about rape or just grabbing a woman without her consent, it is about consensual sex. (I won't discuss here whether I agree with the book or not. It's not pertinent to the topic at hand)

Trump's words were not about consensual sex. They were boasting that he could just grab any woman that he wanted, without permission, and get away with it. The key word here is without permission. That there are men and women out there who are defending these words or throwing them back on women, is encouraging the rape culture we have in America. The women wanted it. The women deserved it. Or Bill Clinton did the x, y, z. By throwing the blame around, people are dismissing that Trump said these words and now is saying they were "locker room talk". Dismissing it as something all men do. It is these same people who will not stand up to fraternities who hang obscene signs up during Freshman move-in weekend, who let college students who have raped get off on a lesser offense because they are young and don't want their swim career to be ruined, who say that a girl who was roofied is at fault because she was drinking too much at a bar so she was asking for it.

It is NOT okay.

And it is not okay for women or men to defend statements like Trump's. Especially those in the church.

Back when Bill Clinton was impeached I went to a very conservative, right wing church. I remember hearing his name maliciously dragged through the mud from the pulpit. And even then, I knew that the Bible taught us that God is the one who sits kings on thrones and that we are to pray for those in authority over us. This was written during a time period where Christians were physically being persecuted. Not that you can't call a sin a sin, but I strongly believe in these cases it was only because he was a Democrat. I think that the recent events are showing how hypocritical the church can be. Because Trump is a Republican, some Republicans in the church are defending him, but if he were a Democrat, I guarantee they would be singing a different story. (Which I have seen election after election by both parties alike)

I have friends and family who have been molested or raped. Rape is not a game. Rape scars women (and men, because men can be raped too) for a lifetime. It is not funny. Making jokes about rape is abhorrent. It is disgusting. And no one, especially those in the church, should attempt to defend or dismiss comments like these. (If you are, you can go ahead and unfriend me on Facebook)

Women, just as men, were made in the image of God and therefore are precious. Women and men alike have to stand up together against a society who thinks it is okay to make statements like this about women. Because it's just not.

I previously stated that I was hesitant to say anything about this issue, but a friend of mine shared a Tweet by Rachel Held Evans, who shared an article about evangelical women banding together and speaking out against this. I have never been a huge fan of Beth Moore, but when I read what she said about these comments my respect for her went through the roof.

“I’m one among many women sexually abused, misused, stared down, heckled, talked naughty to. Like we liked it. We didn’t. We’re tired of it,” Moore said. She also had a word about evangelical leaders still supporting Trump: “Try to absorb how acceptable the disesteem and objectifying of women has been when some Christian leaders don’t think it’s that big a deal.”

I think almost every woman can identify with this statement. I know I can. And I know it has to stop. I thought of bringing up a daughter in this rape culture terrifies me (I can only imagine what the parents of the women that these comments were made about feel). The thought of raising a son in a world that thinks it's okay to talk about women this way makes me sick. It is my job to teach them differently

We have to stand up for our daughters, for our mothers, for women. We have to do better for our sons and our fathers. Because if we don't, the problem will be perpetuated.

**Please remember my disclaimer and please be kind.

For the record, I am a moderate. 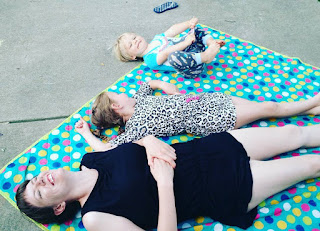 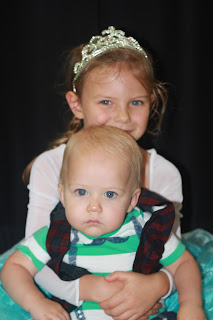 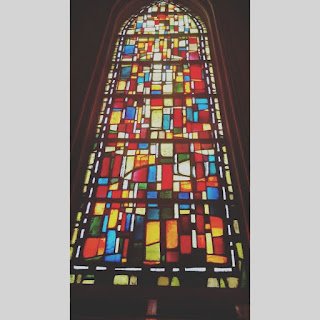 "Darkness and death are weighty, and our emotions, our actions, even our beliefs may bend at pressure. But our God does not." She Reads Truth It was a bleak, cold day in the city. The wind whipped around my body and chilled me from the tip of my nose to the end of my big toe. "Where's your hat?" My husband asked. Being the bright one that I am, I refused to wear my hat because I didn't want to mess up my hair. Minutes later we were standing in front of the Holy Name Cathedral. We walked up to the building and let ourselves in. Within a matter of seconds our bodies went from numbing cold to being full with toasty warmth. Being a Protestant, we don't put much stock in church buildings (at least that's what we tell ourselves) because the people are the church, not the church building. But there is something about walking into a Catholic church with it's high ceilings and stained glass. The rows of pews with their kneeling benches.
Read more